SAFOSO is a Swiss consultancy, research and capacity-building company founded in 2003 by the former director of the Swiss veterinary authority. We are a trans-disciplinary, international team working with private companies, governments, international organizations, consumer groups, diagnostic companies and academic institutions – whichever are the relevant stakeholders.

The focus of all our efforts is the protection of human health by insuring the safety of people in contact with animals as well as the safety of animal-derived foods – from stable to table. The scope of our expertise includes topics such as risk assessment, disease & hazard management, surveillance, contingency planning and simulation exercises, knowledge management and dissemination, SPS documentation, data mining & systematic review or e-learning.

On RISKSUR, SAFOSO is the leader of “Training, dissemination and exploitation” work package, and therefore has been highly committed in activities like the organization of the so called “Surveillance surgeries”, development of training materials or the maintenance and updating of the project LinkedIn group.

Role in the project 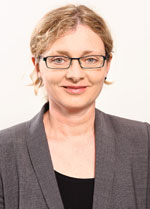 Over the last two decades, Katharina has conducted applied research on infectious diseases and zoonoses as well as methodological issues related to risk analysis, surveillance and animal health decision making. She has worked in diverse environments including government, private industry and academia in numerous countries. Katharina is also Professor of Veterinary Public Health at the Royal Veterinary College, London, where she is leading research on surveillance, zoonoses and food safety. Katharina has repeatedly served on international working groups and expert panels on surveillance, risk analysis and public health. She is co-editor of the journal Epidemiology and Infection. She was coordinator of the FP7 project PILGRIM. 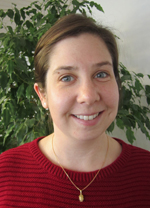 Anaïs received her Doctor of Veterinary Medicine degree (DVM) in 2012 at Ecole Nationale Vétérinaire d’Alfort, France. During her studies, her interest lead her to get involved in international collaboration projects and awareness programs at her university through a student association. In 2012, she obtained an MSc in Animal Health and Epidemiology in Southern Countries delivered by the French Agricultural Research Centre for Development (CIRAD) in Montpellier, France. Her research project conducted within FAO and WHO in Beijing, China, dealt with an investigation on meat dog trading and risk assessment for rabies transmission in Chongqing municipality in China. Between 2013 and 2015, she worked as scientific coordinator in risk assessment of animal health and welfare at the French Agency for Food, Environmental and Occupational Health & Safety (Anses). There, she developed a strong interest in public health and zoonotic diseases. Anaïs joined SAFOSO in November 2015 as resident of the European College of Veterinary Public Health (ECVPH). She is mainly involved in the SPARE project “development of spatial risk assessment framework for assessing exotic disease incursion and spread through Europe”.